"Making your job easier so you can ride more"

Online racing with your bike and trainer

Tour De Giro is an online, multiplayer bike racing simulation that uses your ANT+ powermeter, speed-cadence sensor, or CompuTrainer® to let you race and ride against real people in real time.

Canadian software developer, Trinerd Studios Inc., has created a program where riders can experience the drafting, hills and teamwork of peloton racing in a faithfully rendered 3d environment. Riders face off in groups of 60+ riders on courses based off of GPS data.  In case there aren’t any other humans racing, clever AI riders fill in, so that there is always competition and tactics to consider.

Up to 4 people can join races online using the same computer using a split-screen mode.  Up to 8 can race with the studio edition of the software.  The combination of online multiplayer with multiple local riders lets people to train and race with their friends even when divided by cities, continents, and oceans. 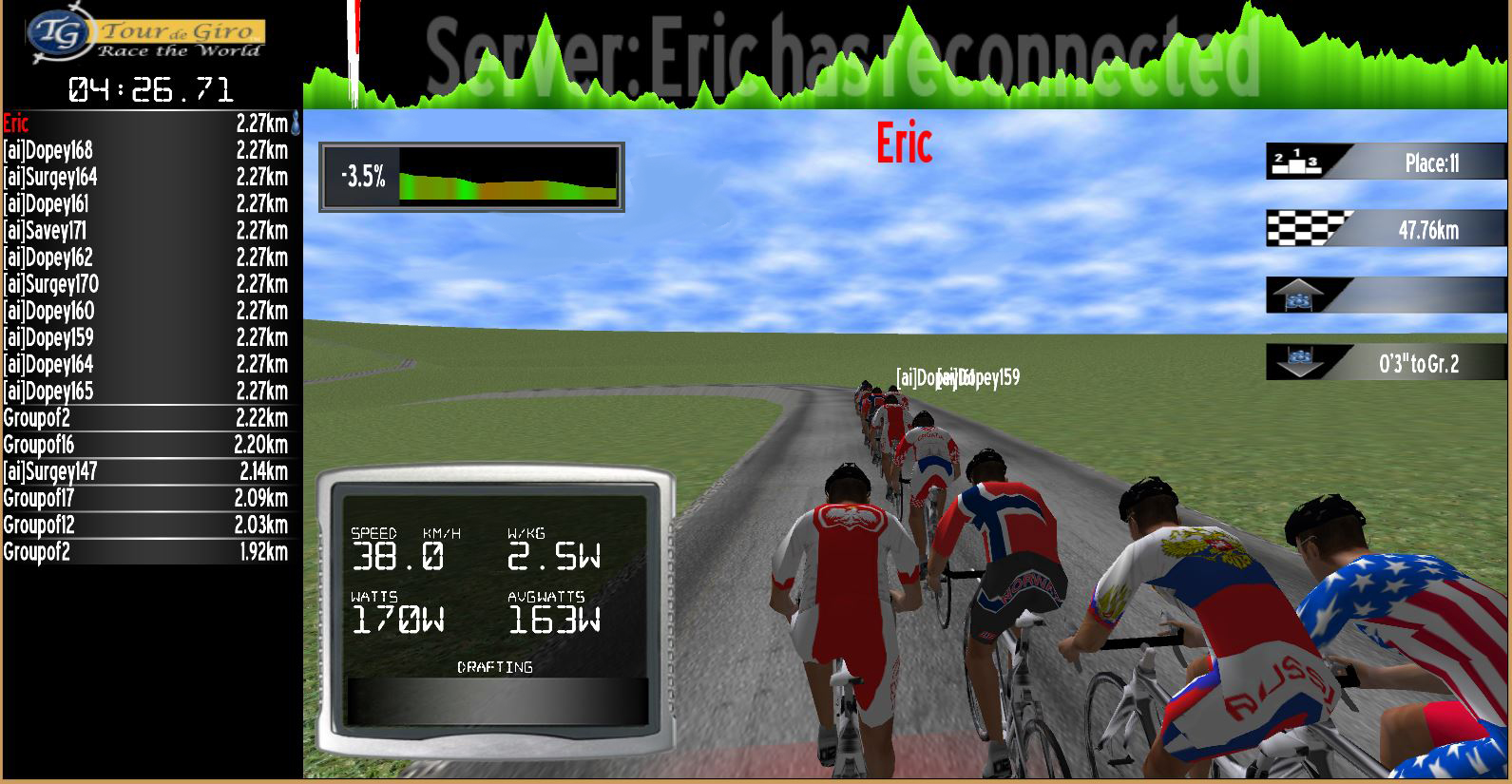 Riders can join a drop-in server at any time, or they can schedule races ahead of time to coincide with their workout.  They can choose maps from a growing list of over 70 real-world courses, or you can upload your own GPS map. Users can compact or expand those maps to fit the distance of workout they want to do.

Riders have a 2-week free trial on Tour de Giro, after which the cost is $10 per month USD, with discounts for longer subscriptions. 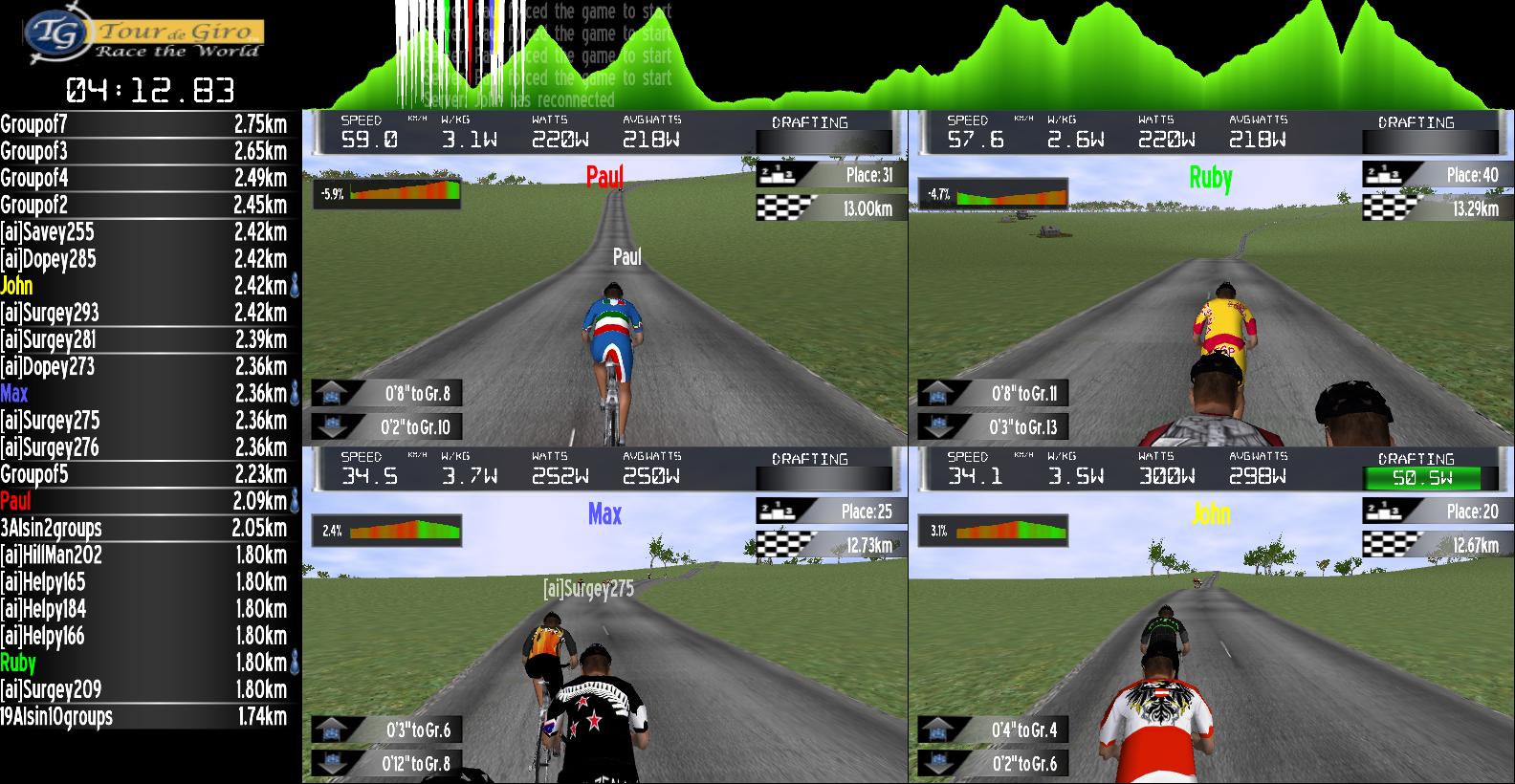